On Thursday, 4 March 2021 the annual Whales Tooth Trophy match was held at The Australian between AGC & Bowral Golf Club.

The Whales Tooth Trophy dates back to 1930 when an informal competition between members of The Australian Golf Club competed against Bowral Golf Club. Harry Murdoch (BGC Captain 1957-59) donated the original trophy which was lost in The Australian Clubhouse fire of 1982. The present trophy was donated by Mr Chad, a friend of the Club. The event was held bi-annually until 2009 when it was decided to be held annually, alternating venues each year.

After a two year hiatus thanks to COVID19, the match was held in great spirits on a warm Autumn day. After a light lunch in the Niblick Cafe and a team photo, the 64 players headed out on course for a 4BBB Stableford match.

Congratulations to The Australian team who won the trophy back after an emphatic victory on home soil, 11 matches to 5 matches. The team was lead by the Wayne Reilly (21) & John Barbour (15) pairing along with the Annette King (29) & Eileen Henderson (36) pairing, who each recorded a match win with 42 points respectively. John Mulholland (8) & Brian Hanrahan (16) and Margaret Mckenzie (24) & Julie Jeffery (22) recorded the best scores for Bowral GC, also with 42 points.

Congratulations also to Kate Crone & Simon Farr-Jones who won the nearest to the pin prizes on hole 11.

The players enjoyed a wonderful evening in the Clubhouse, trading stories over dinner & drinks. The perpetual trophy was presented by Rob Humphreys (BGC President) to Simon Farr-Jones (AGC Captain) once the result was announced. 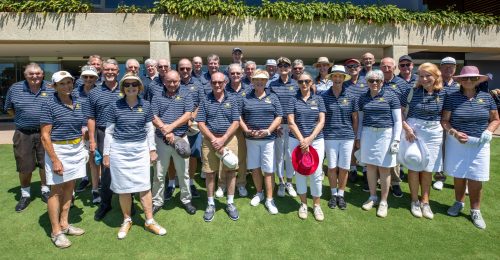 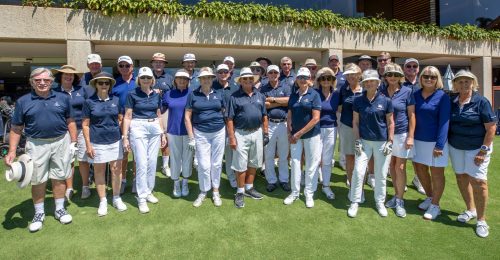 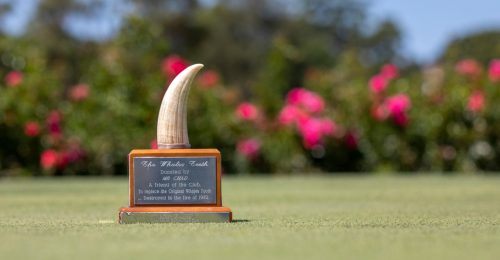 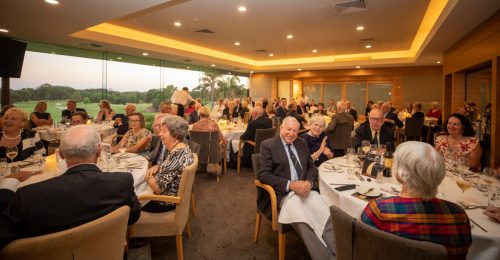 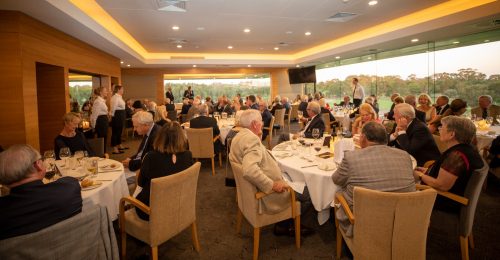 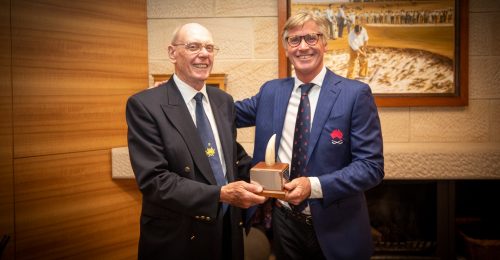